Through the intermediary of Nichia, TISI collaborates with the world-renowned Technion-Israel Institute of Technology (Technion) on an international Collaborative Research Project.

TISI selected collaborative research themes from excellence and innovation, which promise high academic value and global impact. This research is the key to strengthening academic ties between Technion and Tokushima University.

Message from the Director 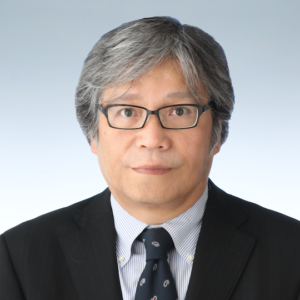 TISI’s collaborative research activities will be the outcomes of the strengths of Tokushima University in natural sciences, including life science, medical science, and science and technology, and the advantages of Technion, one of the most innovative universities in the world. TISI aims to establish an international presence to attract outstanding researchers and engineers from Japan and abroad to Tokushima. At the same time, we also aim to achieve research results that will lead the next generation.

Message from the Co-Director

It is our great pleasure and honor to be a part of the Tokushima International Science Institute with the cooperation of Tokushima University and Technion-Israel Institute of Technology.

The proportion of those aged 65 and over in Tokushima Prefecture rose from 21.9% in 2000 to 33.1% in 2018. The prefectural population during the same period also decreased by more than 90,000, including an increasing outflow of young people. Indeed, I am not the only one who feels a sense of crisis. To reverse this trend, I believe it is crucial to establish an institution at Tokushima University that enhances education and nurtures excellent world-class researchers and engineers.

Technion is an innovative university that is highly regarded internationally, comparable to MIT. Tokushima University is a university that is traditionally strong in manufacturing, with persistence unique to Japan. We hope to take this opportunity to positively propose themes not feasible by each university alone; attractive and challenging topics with unknown results, and other critical themes for the future of humankind, taking on new challenges under the cooperative auspices of both universities.

We will support the Tokushima International Science Institute so that the institute, through advanced scientific research, can provide opportunities for exchanges between young Israeli and Japanese researchers and produce excellent academics and practitioners who can contribute both regionally and globally.

Message from the Honorary Distinguished Director 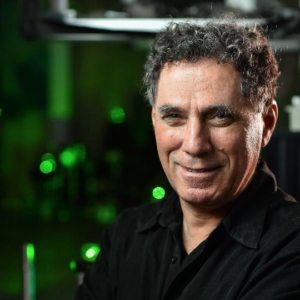 Technion is delighted to form this collaboration with Tokushima University and Nichia. The Technion is Israel’s first university – the cornerstone was laid in 1912 and the first class started in 1924. It played a major role in the creation of the Israeli industry and in the subsequent formation of the high-tech revolution in Israel. To this day, the majority of top figures in the Israeli industry are Technion graduates.

We are happy to collaborate with Tokushima University and Nichia, as we believe that the two cultures complement each other well, and this collaboration will benefit both sides in many ways. We are especially eager to attract young researchers from Tokushima University and from Nichia to study for a PhD or to spend a Postdoctoral period at the Technion, during which they will work with us for several years, and then return to Tokushima and Nichia to enrich the research there. In the same vein, we will encourage Technion researchers to spend extended periods at Tokushima.

TISI is the core of such an initiative and is intended to create a collaboration of excellence between our researchers. We are going to carry out many successful collaborative projects that will enhance the research both at Technion and at Tokushima University.

We view this as a bridge of excellence and success between Japan and Israel.